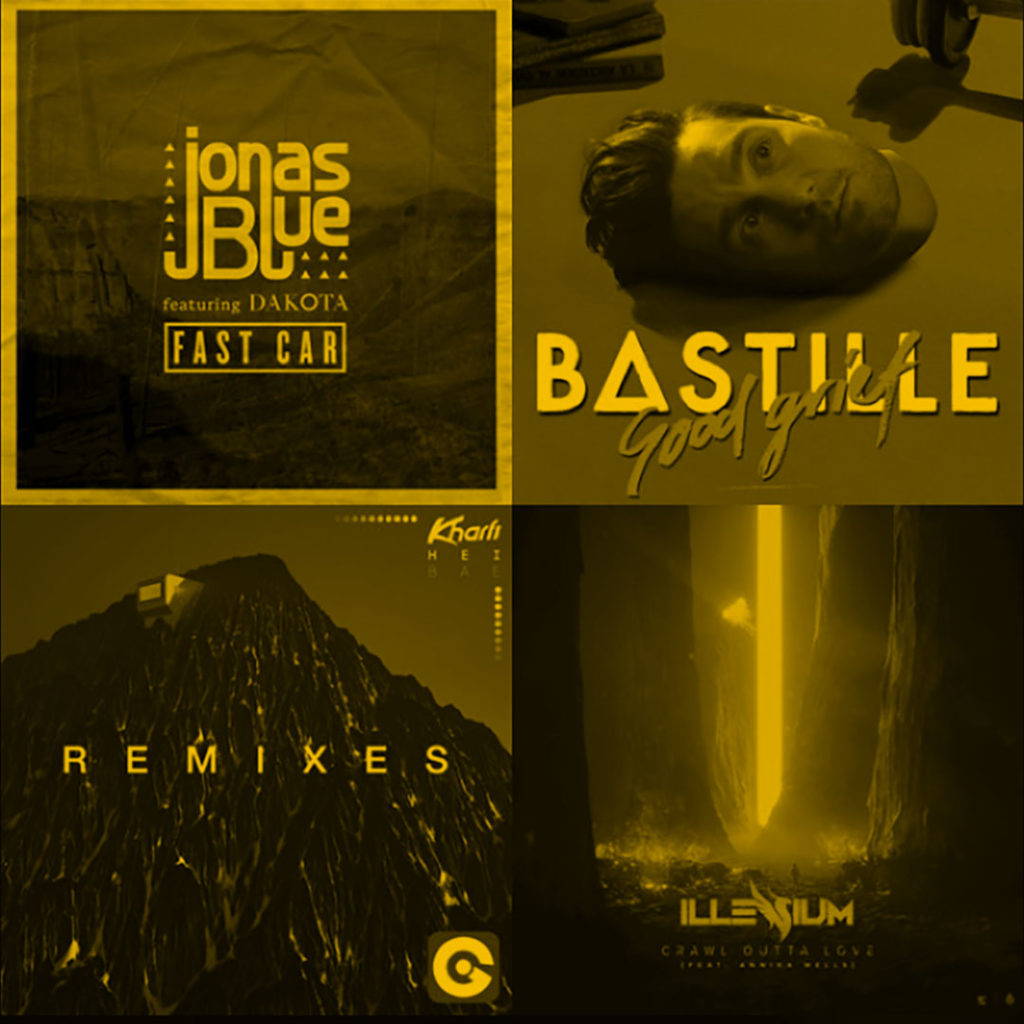 The songs featured in November's playlist were crowdsourced from the awesome members of our TIEM Revolution community. We received some terrific song requests and we think the playlist turned out great!

Song 1: Add in one to two turns of resistance so you can stand on something. Start marching to the beat right/left in three. At the heavier beat, make your march more pronounced. At the heaviest beat, pulse for 16 counts. Repeat!

Song 2: Roll right into this song and stay in three marching to the slightly faster beat. Leave the resistance as is! At the chorus, move back for two, then up for two 8x. Sit for 16 counts and pick up the pace to double speed. At the drop, stand in 3 and ride for 64 counts. Slow pace back to original speed, and repeat!

Song 3: Peel resistance back a little for this one. Start seated with hands in one and ride on pace. This one is very fast. Start slow crunches (8x) at first change in music, then 8 crunches side to side to target those obliques. At drop, stand in 3 and maintain speed! Keep your core engaged and your hips back. Sit and hold pacing. Repeat the sequence. Isolate at the end for the final 30 seconds.

Song 4: Add in two turns of resistance and stand up into three. At the drop, tap it back — singles 8x, doubles 4x. Ride at the same pace in three. Repeat sequence. Isolate at the slowed music. Pick up pace with beat add in, then start tap backs — singles only!

Song 5: Add in resistance until your pace naturally slows to this beat while riding in three. Rein it in, focus on how your body moves and your breathing. When it gets easy, add in more resistance. Try riding with your eyes closed. Do not worry if you lose the beat.

Song 6: Reduce the resistance a little bit. Sit down and pick up your pace to hit the beat. Keep hands in one, start pulses (32x) with the beat. Switch to crunches (16x). At the drop, jump into three and ride it out! After 16 counts, start presses with claps. Sit down and repeat the sequence. For the last 30 seconds, sit and pulse to the end of the song.

Song 7: Add in a few turns of resistance until you feel grounded. Tuck your butt and squeeze your cheeks to engage your core. Grab some weights (2, 3, or 5 pounds). Start with bicep curls for 16x, then slowed 8x. Bring arms up above your head and do slow tricep presses 8x. At drops, put weights on handlebars, with hands in one and run it out. Push against the resistance. Repeat the sequence until the end of the song.

Song 8: Put your weights away and peel back on the resistance a bit. Pick up your pace and ride seated. At drops, add in a few turns of resistance until you feel grounded. Tuck your butt and squeeze your cheeks to engage your core. Grab some weights (2, 3, or 5 pounds). Arms!! Biceps, triceps, shoulders. At drops, put weights on handlebars, with hands in one and run it out. Push against the resistance.

Song 11: Lessen the resistance and ride to the beat in 3. This song is taking you home! At drops, tap it back with presses! Singles 16x, doubles 8x. This pace is uncomfortable to maintain, but work through it. Remember to keep your core engaged and your hips back — you should be able to feel the seat with your legs.

Song 12: Take off any lingering resistance. Use this song to slow your breathing, stretch your legs and hips, wiggle your fingers and toes, and pat yourself on the back. This was a hard ride and you’ve made it to the end.

This Giving Tuesday, we're rounding up our efforts over the past year in hopes to inspire and encourage others to consider ways they can give back too. Today can be a great opportunity for us all to educate and research how to make an impact within our own communities. As a company, it's one of our core missions to give back to causes we care deeply about.
Read More

A gift for all the Modern Athletes on your list! For those new to the fitness scene to the workout guru, we've got something for everyone.
Read More

TIEM TAPS BACK: Power Up in Pink for BCRF