Meet, Kristina! Growing up as an athlete, the impact of movement and being a part of team sports was something that's been with her from a young age. But cycling may not have been in the cards if it wasn't for an injury during a volleyball game. After tearing her ACL and undergoing knee surgery, Kristina was searching for a low-impact form of cardio which led her to discovering indoor cycling 10 years ago. Practice makes perfect, and after three years as a rider, she began to teach for various local and national studios. After six years of teaching for other people, Kristina was pulled to start her own studio with the goal to represent a more diverse style of coaching through mind, body, and spirit. Consider that goal accomplished as she is now the sole owner of Power + Flow, Scottsdale's premiere indoor cycling studio! Learn more about Power + Flow, as well as Kristina's drive below!

Get to know Power + Flow.

"Power+Flow was created from years of self-discovery, development and love. After being pushed out of my comfort zone when a previous studio I worked for shut down unexpectedly it was the perfect time for me to build something for me and the community that was pulled apart by the closure. Just 12 months after, the buildout of my studio was complete and we were able to safely open our doors September 1, 2020. In our first 6 months we have established a worldwide community that truly works together and holds each other accountable to doing our best work in every ride. I have a "no man left behind" policy in my classes and steer my coaching in that direction often. This is why you see so many people "in sync" in my classes. If we work together, we will go farther. It's truly a team effort."

You have such an impressive Youtube following! When did you get started and what do you love about the virtual fitness world?

YouTube was a complete fluke! But, I am so grateful for it. I started it in April of 2019 as a way to share some of my strength training and spin workouts with my in-studio clients. With the pandemic shutting down gyms and studios, it was the easiest way to reach my clients from home. I was so narrow-minded that I didn't even consider all of the people outside of my community, city, state and even country I would reach. When I realized how big of an impact I was having (including how much I was having) I redecorated my garage gym and started making content regularly until the studio opened. I absolutely LOVE that this pandemic forced me into the virtual teaching world. It's brought some incredible people into my life and made me realize I have a very rare talent of being able to inspire and encourage people through a computer screen. It was a confidence boost and gave me more drive to be the best I could possibly be at.

What is your go to song?

Favorite way to exercise outside of your own classes?

What is your favorite training tip/mantra?

Anyone who is great at something has had a lot of practice. 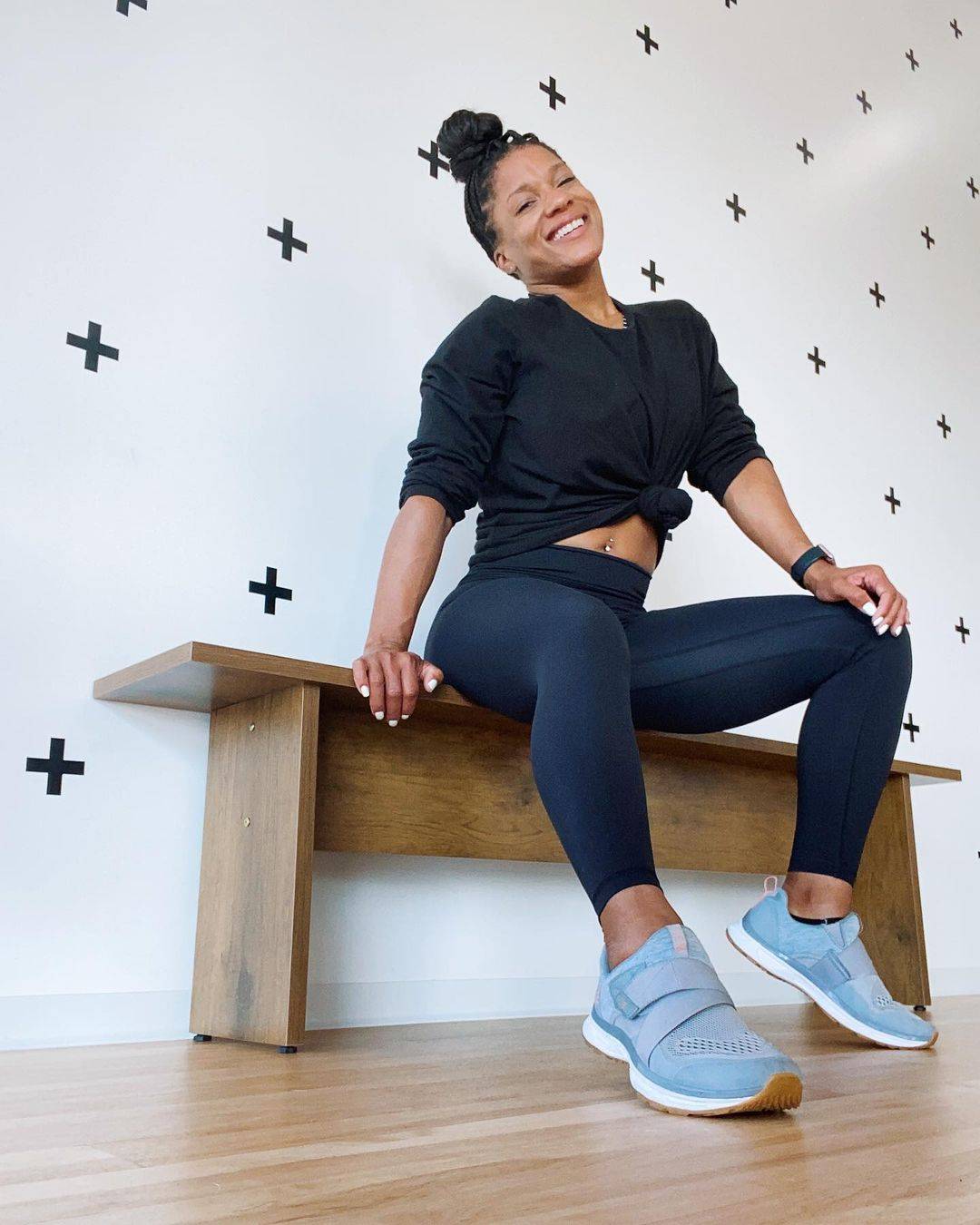 "It's safe to say I am who I am and where I am because of the belief of many people in my little bubble. My husband and one close friend in particular helped me bring Power+Flow to life, simply by telling me often "you can, should and will do it". So, I did it. My point is you don't need a lot of followers, a big circle, a lot of money or fame to make your dream come true. But, do you need drive, hope, love, encouragement, and a lot of margaritas along the way."

What advice would you give to someone going to their first class with you?

Class moves fast, so it's ok not to get it the first (or second and third) time around. It's also ok to look super silly as you are learning the ropes. If all else fails, just have fun and enjoy the ride.

What inspires you to be active?

Community and mental health. When I feel good on the inside everything else falls into place and spin helps keep me grounded with like-minded people.

As a fitness professional, we're sure rest is an important part of your routine. What are some of your favorite ways to rest and reset?

Napping and long baths are my favorite.

What is your secret weapon that keeps your clients coming back?

My coaching. A skill I've had to refine often and I've finally found the sweet spot that encourages people to work hard, let loose and come back for more.

Tell us a little bit about why you love the Slipstream Cycling shoes for your classes?!

For me is the breathability, comfort and style. Not only do they match the clean, sharp look I go for when planning my outfits, the inset clips allow me to coach off the bike easily which I do a lot!

Create a system that becomes a habit. That way on the days you don't want to do it (which will happen often) you still get it done. Consistency is key.

Have any mottos or resolutions you're sticking to in 2021?

"Your best, again." a phrase I got from James Clear. It simply means that you should do your best in every situation. Regardless of what happened in the past, or what will happen in the future. 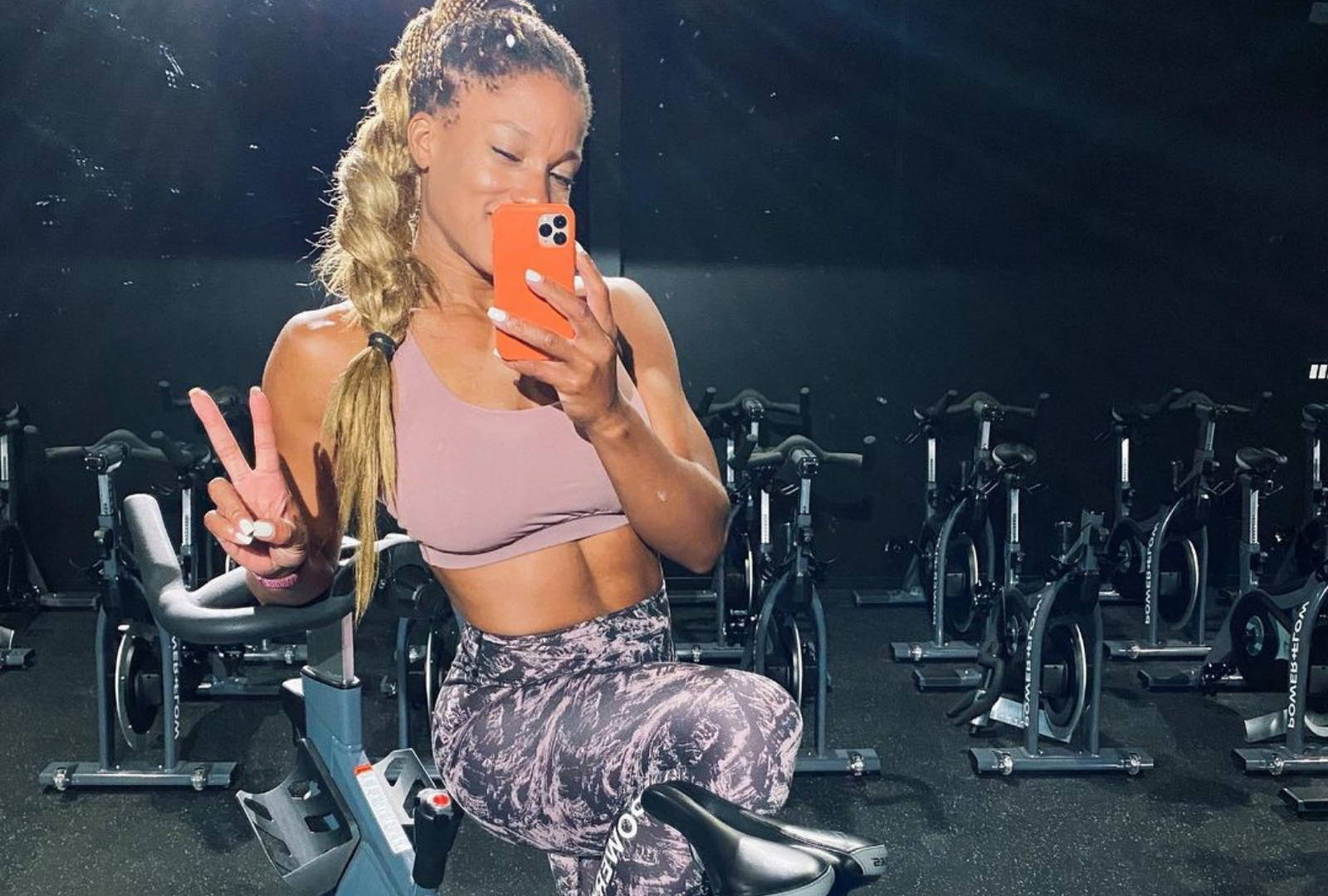